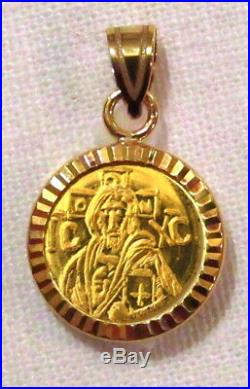 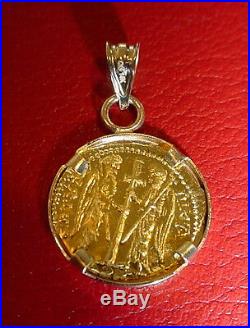 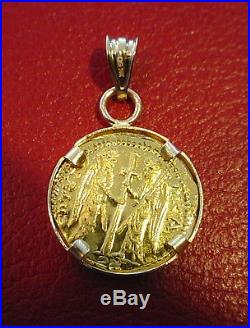 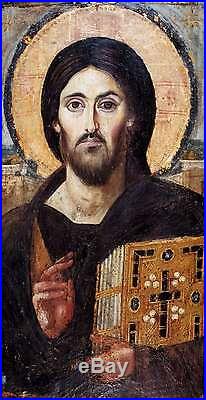 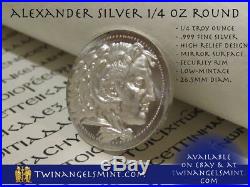 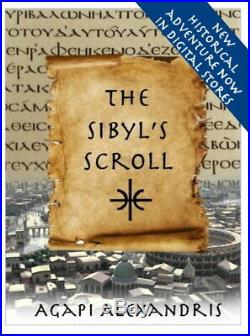 With the First Coined Image of Chr. Coin in Solid 22 Karat Gold.

Diamond-Cut frame ready to wear. Win Angels Mint 22 karat Gold. From steel dies, unlike jewelers' cast copies, and contain 22 Karat Gold, minted in Proof mirror finish and a guaranteed fineness of. 917 fine Gold (22 karat). He original gold Solidus of Emperor Justinian II m inted in Constantinopolis in 685AD was a milestone in Art, one of the many crowning achievements from the Imperial mint in Constantinople. He icon of the Savior is of the early Christian type, favored by the emperor Justinian in the 6th century AD. He bequeathed the icon to the Greek Orthodox monastic community of Holy Mount Sinai, which he built in honor of the great prophet Moses who received the Ten Commandments high on the mountain and where later, the holy relic of Saint Catherine of Egypt was discovered by monks at the foot of the Holy Mountain. E urge all to Pray for the protection of the Monastic Community of Mt. Sinai in these troubled times, and pray for the Holy Protection of the Mother of God to cover the Holy Monks resident there, the visiting Pious Pilgrims, the local Bedouins and the Security Forces stationed there to check the delusion of fanaticism. First Coined Image of Christ' Solid 22 Karat Half Tremissis Coin restrike Medallion. With Solid 14 Karat Diamond-cut Frame. Medallion diameter : 15mm x 24mm (5/9 inch x 15/16). Medallion Gold Purity : Solid 14 Karat Gold. Half Tremissis, 1/6 Solidus, 1/432 Roman Pound. 917 Fine Gold (22 Karat). Christ Pantokrator, holds Gospels in left hand, raising right hand in benediction, (Justinian II Solidus type 692-695AD).

Twin Angels holding True Cross. EN TOYTO NIKA (In This [the True Cross] you shall gain Victory), 22K (in exergue).