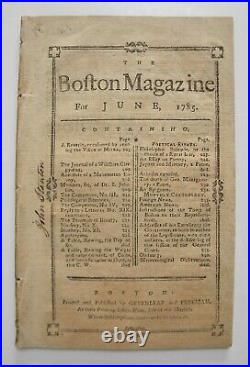 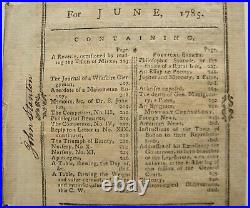 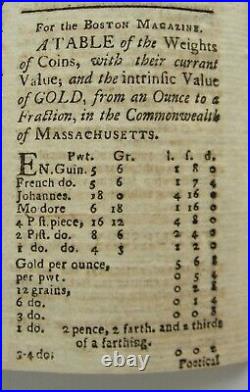 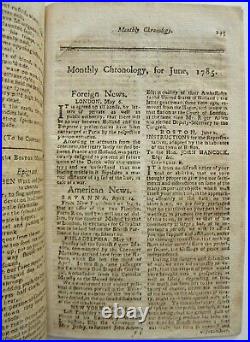 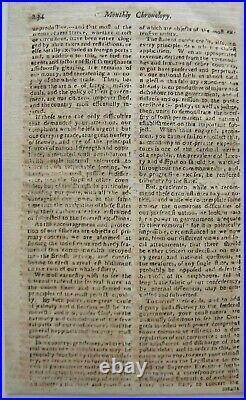 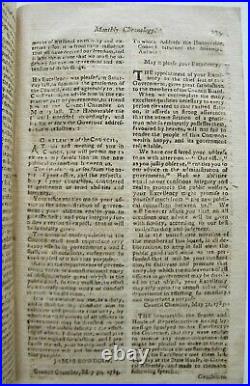 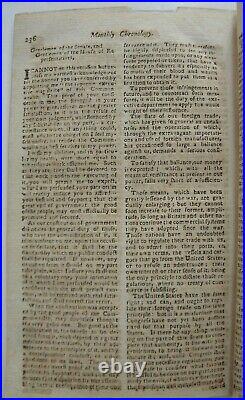 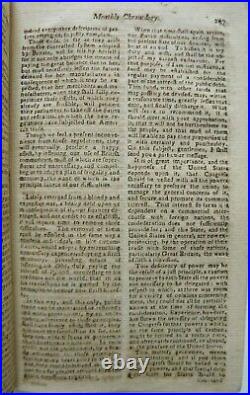 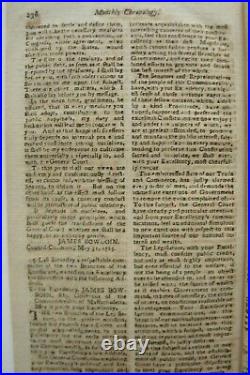 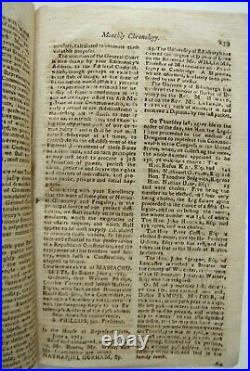 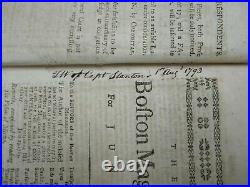 RARE 1785 THE BOSTON MAGAZINE (June). Coins/Gold Value; James Bowdoin, Governor of Massachusetts. This is an original 1785 Boston Magazine ; Printed and published by GREENLEAF and FREEMAN, North side of the Market, Boston, Massachusetts.

The Boston Magazine was printed from 1783 to 1786 and was one of the first magazines published after the American Revolution. Table of the Weights of Coins, with their currant value, and intrinsic value of Gold, from an ounce to a fraction, in the Commonwealth of Massachusetts (see picture). Following John Hancock's resignation as Governor of Massachusetts, James Bowdoin was appointed Governor. Response to James Bowdoin from the Council.

The appointment of your Excellency to the chief seat of this Government, gives great satisfaction to the members of the Council Board... Response to the Senate and House of Representative from James Bowdoin: "I cannot on this occasion but address my warmest acknowledgment for the honour you have conferred by appointing me "the supreme executive magistrate of this Commonwealth... Due to the large debts of Massachusetts, incurred from the Revolutionary War, Bowdoin ran on a platform of fiscal responsibility. During his two years in office the combination of poor economic conditions and his harsh fiscal policy laid down by his government led to the uprising known as. Bowdoin personally funded militia forces that were instrumental in putting down the uprising.