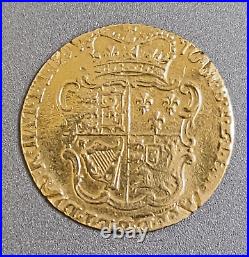 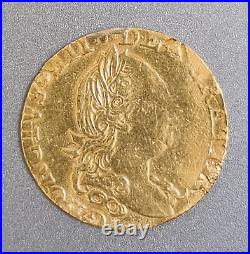 A collectable Gold Coin of King George III, dated 1776. The obverse features the fourth laureate head facing right, and the reverse shows the crowned ornate shield of Royal Arms, representing England, Scotland, Ireland and France. George III was the third Hanoverian King of Great Britain. His life has been well documented, as he was known as the'mad King' after his illness got the better of him in 1810. It is now believed that he was suffering from porphyria.

This item is in the category "Coins\Coins\British\Hammered (Pre-c.1662)\Other British Hammered Coins". The seller is "chinese-antiques-trading" and is located in Sutton. This item can be shipped worldwide.