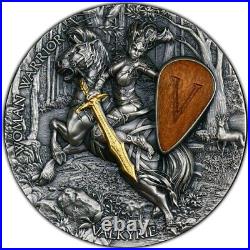 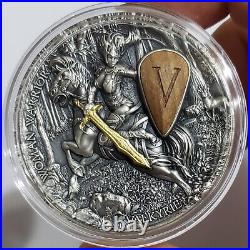 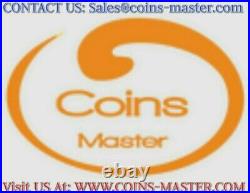 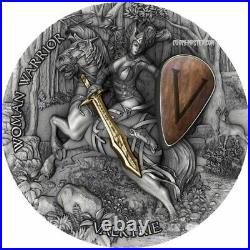 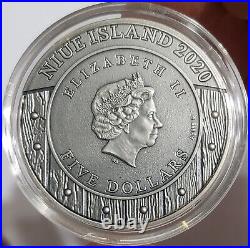 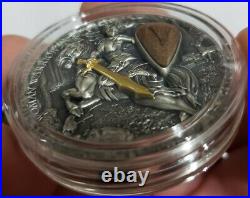 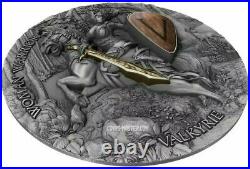 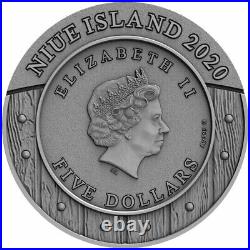 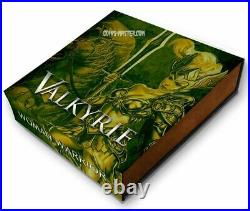 2ND COIN ON THE SERIE. In Norse mythology, a Valkyrie is one of a host of female figures who choose those who may die in battle and those who may live.

Selecting among half of those who die in battle (the other half go to the goddess Freyja's afterlife field Fólkvangr), the Valkyries take their chosen to the afterlife hall of the slain, Valhalla, ruled over by the god Odin. There, the deceased warriors become einherjar Old Norse "single (or once) fighters". When the einherjar are not preparing for the events of Ragnarök, the Valkyries bear them mead.

Valkyries also appear as lovers of heroes and other mortals, where they are sometimes described as the daughters of royalty, sometimes accompanied by ravens and sometimes connected to swans or horses. Valkyries are attested in the Poetic Edda (a book of poems compiled in the 13th century from earlier traditional sources), the Prose Edda, the Heimskringla (both by Snorri Sturluson) and the Njáls saga (one of the Sagas of Icelanders), all written-or compiled-in the 13th century. They appear throughout the poetry of skalds, in a 14th-century charm, and in various runic inscriptions. Archaeological excavations throughout Scandinavia have uncovered amulets theorized as depicting valkyries.

This item is in the category "Collectibles\Animation Art & Merchandise\Animation Art". The seller is "coinmaster83" and is located in this country: US. This item can be shipped worldwide.