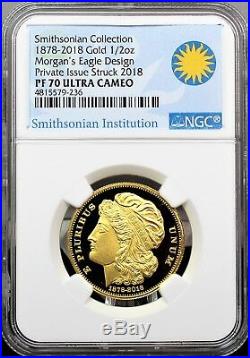 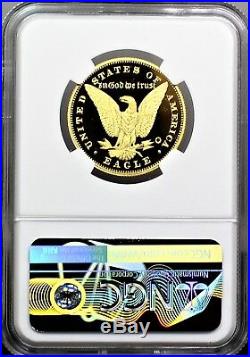 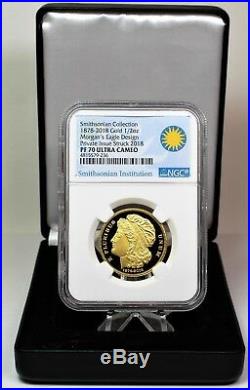 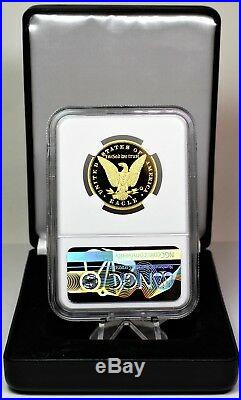 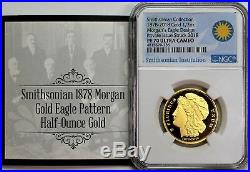 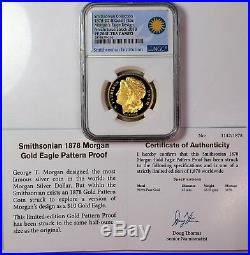 Mint in October of 1876 from England already accomplished coin and medal designer. The Mint quickly set him to work designing coins including half dollars, silver dollars and gold coins. He rose to the challenge immediately, showing his genius literally from his very first designs. The 1878 Morgan Silver Dollar that was ultimately struck from one of these early designs went on to become the greatest American Silver Dollar in history.

However, few people are aware that Morgans Lady Liberty was actually struck by the U. Strictly Limited Mintage In honor of the 140th anniversary, mintage has been strictly limited to only 1,878 proofs for the entire world. The mint has struck the first 700 proofs from this mintage for release today. Struck on a Press From The Mint Where Morgan Served His Apprenticeship This 99.9% pure half-ounce gold proof has been struck by the Commonwealth Mint in England, using some of the original minting equipment recently acquired from the historic Birmingham Mint.

Birmingham was where a young George Morgan served his apprenticeship just before he migrated to the United States in 1876. Obverse Design The obverse shows striking similarities to the coin which was to become the beloved Morgan Silver Dollar.

It features the head of Liberty, facing left, wearing a Phrygian cap encircled with a ribbon inscribed with LIBERTY. The Phrygian cap was associated with freed slaves in Europe, and was therefore sometimes called a liberty cap. Morgan chose it to signify freedom and the pursuit of liberty. Morgans de sign also included the Latin motto E Pluribus Unum Out of Many, ONE. Morgan modified his Liberty design only slightly when adapting it for the subsequent Silver Dollar which would forever bear his name.

He made slight additions to the cap and LIBERTY ribbon, as well as adding a circle of 13 stars to the silver dollar version of his design. In addition, each medal includes hallmarks (mintmarks) from Commonwealth Mint.

SI for Smithsonian Institute, Sheffield Rose for the Queens official assay office. 9999 for the pureness of metal. The original denomination of TEN DOL.

Mint Pattern coin has been modified to read EAGLE in accordance with Federal statutes. The rest of the reverse design is exact: A bald eagle is shown grasping an olive branch in one talon and three arrows in the other. The inscription UNITED STATES OF AMERICA encircles the reverse, with the motto In God We Trust shown in Gothic lettering above the Eagles head.

Its interesting to note that, at the time this pattern coin was struck in 1878, the motto In God We Trust was relatively new. It had only appeared on coins for 12 years at that point in historyhaving been added just after the Civil War. In the event the wrong item is delivered Coin Advisor will pay for the return. The item "2018 Gold Smithsonian Collection 1878 Morgan's Eagle Design NGC PF70 Ultra Cameo" is in sale since Friday, January 11, 2019. This item is in the category "Coins & Paper Money\Bullion\Gold\Coins". The seller is "coinadvisor" and is located in Glendale, Arizona. This item can be shipped to United States, Mexico, Bermuda.