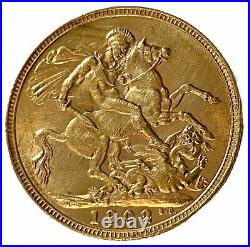 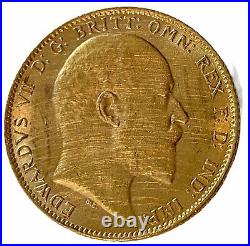 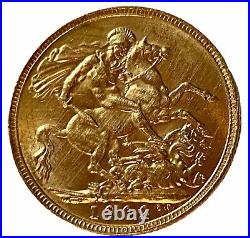 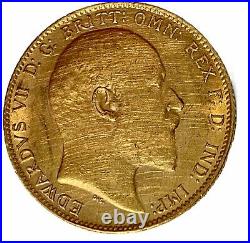 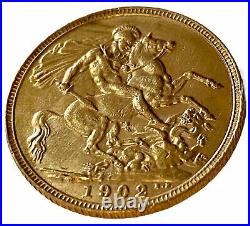 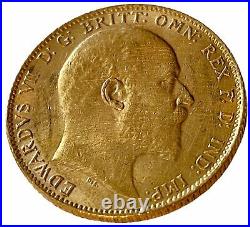 COIN IS PRE-OWNED IN FINE CONDITION AS PART OF COLLECTION. PHOTOS ARE OF THE EXACT COIN THAT YOU WILL RECEIVE. Gold Sovereign - one of the most prestigious gold coins in the world. 4,737,796 bullion were minted at London Mint in 1902.

The king only reigned for nine years, in contrast to his mother who held the title of Britain's longest reigning monarch until Her Majesty The Queen surpassed the record in September 2015. Although Edward became king in 1901, his first coins weren't struck until 1902.

The first Edward VII coinage was issued in 1902 and due to the short length of his reign, his coins are very popular with coin collectors. The 1902 sovereign is struck in 22 carat gold and at the time had a value of one pound. Each coin weighs 7.98g and is struck in 22ct gold, equaling 7.32g of Fine Gold Content. Minted by the Tower Mint, London. 4,737,796 bullion sovereigns were minted at London Tower Mint in 1902.